The Bunco Broads of Tallahassee
Formed in 1989

This is my very own Bunco group. My friend Debbie Giudice and I started it soon after I moved to Tallahassee. This picture was taken at my house in February 2008 after I announced that I’d sold my first book. My friends were thrilled for me! 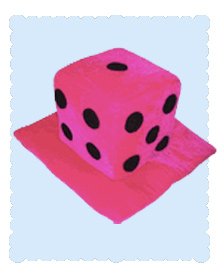 Any time one of us rolls 3 ones (the only exception being when we are trying to roll for ones) it’s called a Boobie and it wipes out you and your partner’s score. To make the humiliation complete, the rollee is required to wear a special hat we call the Boobie hat. It can be any hat of the hostess’s choice. You continue to wear the Boobie hat until another player rolls a Boobie and then you pass the hat to them. At the end of the night, the player wearing the hat, gets a “Boobie” prize. This year at Joan’s house we had an “Oktoberfest” theme and Joan thought this would be a pretty funny hat to wear. We all agreed. It’s now become the official Boobie hat of the Bunco Broads. 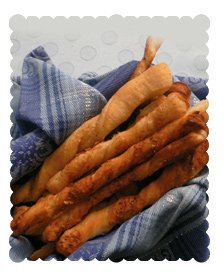 This is Jan’s recipe. It’s fantastic and very easy!

Cut each slice of bacon in half lengthwise. Take a single bacon strip and spiral it around a breadstick, covering breadstick from end to end. Roll bacon covered breadstick in parmesan cheese until coated. Place on baking sheet. Repeat until all breadsticks are wrapped and rolled.

Place baking sheet in very low (250 degrees) oven and bake for about one hour. Serve hot.