I’m back from the annual RWA conference with sore feet and bleary eyes. But I also came away with lots of great ideas, a truck load of motivation, and best of all, new friendships!

Every year the conference is held at a different site and I’m sooo glad that they choose Denver this year. For one, I’ve never been and it was great getting to know a new city, and secondly, my youngest daughter is moving to Denver next week, so I now have some visual context. Everyone warned me before going to the mile high city about the possibility of altitude sickness, but luckily, I never felt sick, other than the night I mixed champagne with a Moscow mule and got a bit wonky. But that could have been because I rarely drink, so there you go.

On to the conference!

I was up for 2 awards, the National Readers Choice Award, and the RITA®, both for the same book, THIS CAN’T BE LOVE. I didn’t win either award, but I’m still a huge winner because just to be nominated is pretty spectacular. Plus, it was a great honor to be nominated for awards alongside my pals, Jamie Farrell and Sharla Lovelace. Sharla actually won in her category in the National Readers Choice Award, and I was so thrilled for her!

The conference started for me on Tuesday night with a dinner at Earl’s Upstairs, a local restaurant, where a bunch of other RITA® nominated authors got together for dinner. I got to meet so many fabulous people, including the lovely Natasha Anders, Margaret Locke, Marie Johnston, the wonderful Priscilla Oliveras and Alexis Daria (who went on to win BEST FIRST BOOK for her debut novel TAKE THE LEAD on Rita night!). Best First Book is always the most emotional award of the night and she gave a speech that brought tears to my eyes. There were so many more awesome writers that I had the chance to meet but I can’t begin to name them all or this post would go on forever! Thank you so much to Kristan Higgins (who also won big RITA night for her marvelous book NOW THAT YOU MENTION IT) for putting the dinner together! 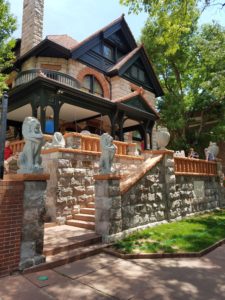 THE MOLLY BROWN HOUSE AND MUSEUM

A half day off of the conference, where me and my fabulous friend and editor, Rhoda McDuffey, walked around downtown Denver. Got lost a bunch of times (because we’re both GPS challenged) and finally found our destination: The Molly Brown house and museum. If you ever get to Denver, this is a must. Margaret Brown (she was never actually called Molly!) was a terrific lady and role model for the women of both her time and ours. A forward thinker, she advocated for a woman’s right to vote, and helped establish both the first Humane Society in Denver and one of the first juvenile justice systems in the country.

After surviving the Titanic, she founded a fund to help survivors of the shipwreck, many of whom were immigrant women whose husbands were killed during the disaster, and had little or no money coming to America. Plus, she was a devout Catholic, and it was very cool to see she had a crucifix on her bedroom wall and a padded kneeler in front of it.

Another really neat feature of the Molly Brown house (built in the latter part of the 19th century) is that the bathroom still has all the original pieces (except the tank above the toilet). Talk about quality fixtures! 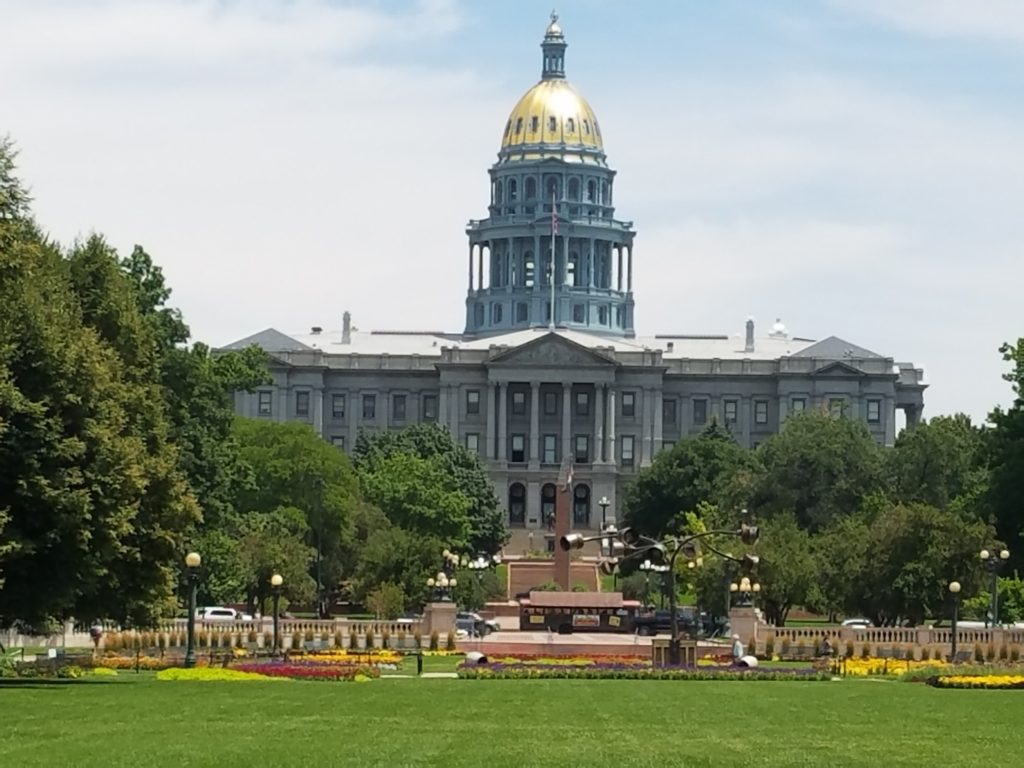 The Colorado state capital building is absolutely gorgeous and the surrounding grounds are meticulously groomed. I was so impressed with it all. Plus, the weather isn’t too shabby either! Yes, it was very hot and the sun is pretty brutal, but it is July and the dry air made it more tolerable than my beloved Florida is at present.

I wish I’d taken more pictures! I always suck at this and then later regret that I didn’t snap more photos, but I’m always so in the moment that I forget. The speeches were so emotional and heartfelt, and I want to congratulate all the winners! It was a magical night that I won’t soon forget! 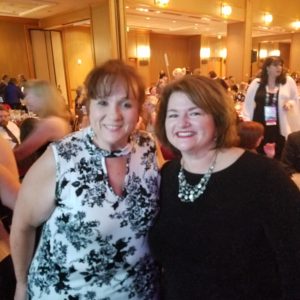 ME AND MY FABULOUS FRIEND AND EDITOR, RHODA MCDUFFEY. SHE TRULY MADE THIS BOOK SHINE! 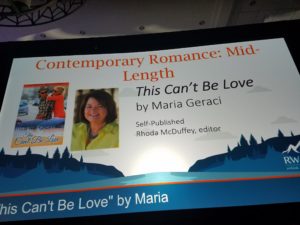 ME AND MY BOOK UP ON THE BIG SCREEN!

I have to admit, I always get really nervous the day of the literacy signing because it’s so humbling to be signing in the room with so many BIG authors. The signing is open to the public and all proceeds go to local literacy charities. As usual, once I get there my nerves disappear because everyone is so friendly and warm and there are BOOKS everywhere, and everyone there has one thing in common: We love books and we love romance so you’re totally with your tribe. Best people ever! I also got to catch up with fellow STAR members, Lucy Lakestone, Melinda Leigh, JoMarie DeGioia and Brenna Ash. I just wish I’d taken more pictures! 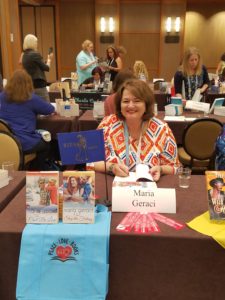 MY RITA SISTER! SHARLA LOVELACE AND I HAVE BEEN NOMINATED TWICE NOW AND BOTH IN THE SAME YEAR, 2013 AND 2018

All in all, the conference was awesome and I’m already looking forward to New York next year!