Monday Morning Round up – Maria Geraci

It’s Monday morning and like Emma, my main character in A Girl Like You, I also happen to love Mondays 🙂  So many wonderful possibilities floating around out there. I also happen to love do-overs hence the new romance trilogy I’ve been working on that’s all about second chances (and even includes a match-making ghost). I’ve never written a story with any paranormal elements in it before, and while the spook factor is very minor, it’s been a lot of fun.

So, how was your weekend? Mine was lovely. Father/Daughter sorority weekend went well (even though I was a passive participant, being neither the father nor the daughter). We did manage to all go out for a fantastic dinner at a place called The Ravenous Pig in Winter Park. I’ve tried to go there before but without reservations on a weekend, it’s tight. We were lucky and it was a gorgeous night and we were able to sit outside. So all was well. Had just about the best hamburger of my life. Service was awesome. And being that it was just a couple of days from my youngest daughter’s birthday, they brought out this lovely dessert plate. See those thingies in the tall cup? Those are called Pig Tails — yummy cinnamon sugar fritters that you can dip in chocolate sauce.  But the best surprise was the Pie in a Jar (banana-cream, vanilla sandwich, marshmallow, crème fraiche ice cream, and almond toffee). To. Die. For. 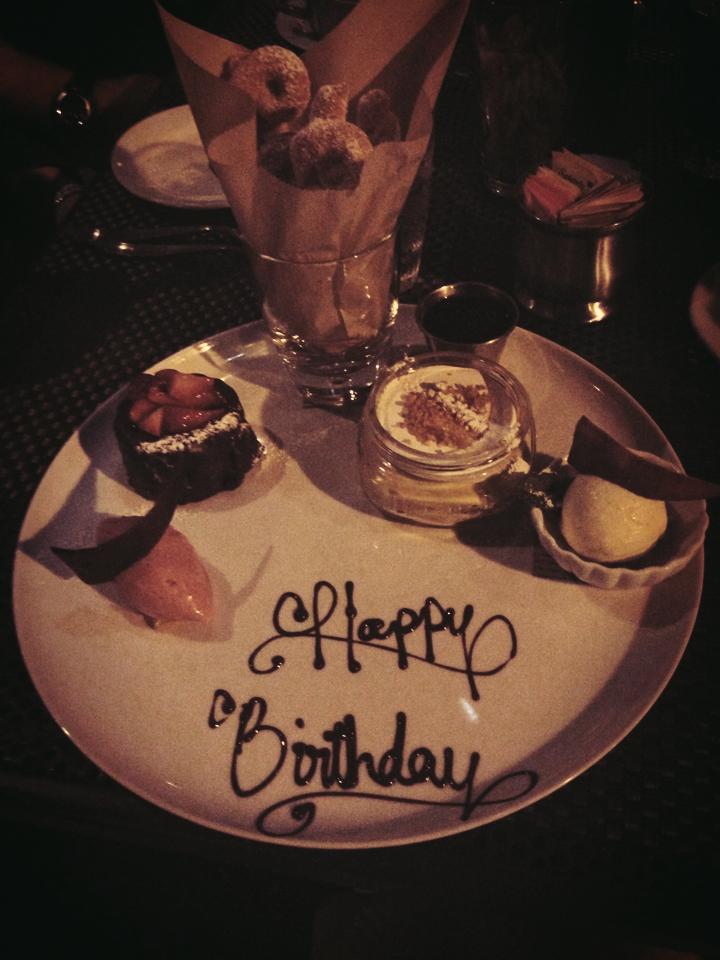 I also managed to drive over to Melbourne (my hometown) with my sister to visit my Mom who turned 79 on Saturday. So many birthdays, so little time! We had a lovely lunch with my parents and afterward, my Mom and I convinced my sister to watch the first two episodes of season 1 of Downton Abbey (yes, my sister is the last woman in America who still hasn’t seen DA). She was hooked. Yay! Now she just has to catch up to the rest of the shows.

Speaking of which… Edith is now Jane Eyre! Caramba! What are the writers thinking. I mean, I know, we all love drama, but really, now Edith is about to be entangled with a married man who has a wife in the Lunatic asylum (gotta love that term.) Writers, please, please, please, give Edith a little modicum of happiness. The poor girl deserves it.