So I ran ac 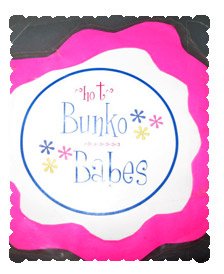 ross this blog and just start laughing. Reminds me of the Bunco group I used to be in when we lived in Huntsville, Alabama (actually lived in Madison, but almost the same thing). I subbed forever until someone “dropped” out and I got a permanent slot. Thank God the dropping wasn’t due to death (I think the player’s husband got transferred) .  Here’s a little snippet from the piece, but you can read the entire post right here.

Bunco Group Member – the coveted suburban title to which every soccer mom aspires.  In a lost scroll, archaeologists learned that on the eighth day God created Bunco groups consisting of twelve women.  After these first divinely-appointed women, the only way into a Bunco group was/is by death.  It’s like Supreme Court Justice Appointments for Mini-van Moms.

I think this is the most absurd thing I can imagine.And I hope someone dies soon so I can get an appointment to the group in which I’ve served as a sub the last two months.It takes networking, politicking, and a current member with dangerously high cholesterol to get an appointment to a Bunco group.  You could always start your own, but it wouldn’t be recognized as “Original Lineage” by the Garden of Eden Bunco Association—whose motto is “Bringing you the gossip since Eve bit the Apple”—or Southern Baptists.

CThacker, whoever you are, you crack me! Supreme Court Justice Appointments for Minivan moms? I love it! I hope you get in a Bunco group soon!