How to get your husband to watch The Bachelorette – Maria Geraci 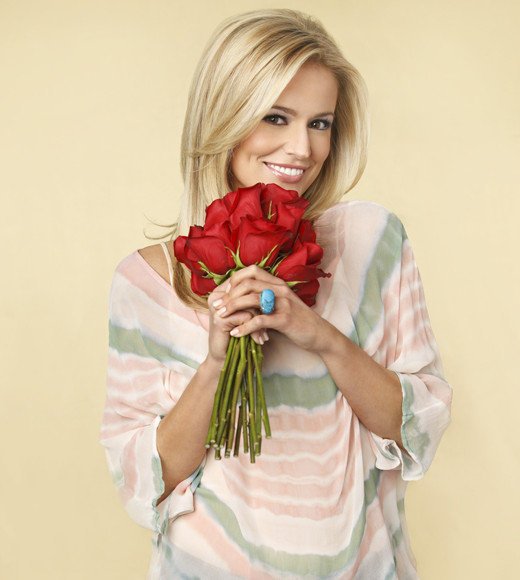 Does this woman look like she needs to be set up on National TV?

First off, get those dirty thoughts out of your head. Last night Mike Geraci watched The Bachelorette with me and I employed no chicanery or deceit of any kind.

Actually, I’m still trying to figure that out so that I can replicate it again (hopefully next Monday). Because watching the “reality” dating tv show with him was a lot more fun than watching it alone (which completely supports the theory that misery loves company). Of course, I’m not actually miserable watching the show. But over it’s many seasons it’s become more of an addiction than a show I love to watch so I guess you can say I hate myself for watching but can’t help it, so there. Now, on to what happened.

There are shows that I watch, a few shows my husband watches and a few that we actually love to watch together. The Bachelor/ette definitely falls into category 1. Typically on a Monday night after dinner, we might take the dog for a walk and then settle down for some TV time. This is when Mike Geraci realizes what’s about to happen (he’s nothing if not smart)  and makes a fast escape to the den to either watch Law and Order reruns, the history channel or read a spy thriller.

Last night, Mike Geraci decided to read in the sun room (which is just off the living room) and within earshot of the TV. On his way to the kitchen he glanced at the screen to see Emily (the Bachelorette) and her date of the night (Chris) “scaling” a skyscraper.

“They aren’t really climbing, you know,” he says to me in case I’ve forgotten that I’m watching “reality TV.”

“They look like they’re climbing to me. As a matter of fact, it looks pretty dang scary.”

Shakes his head. “Maria, they have ropes holding them up. Plus, what are they climbing? They can’t scale up a concrete building. It’s all BS and you’re falling for it.”

We then proceed to have a tiny discussion on mountain climbing and he goes back to the den.

A tiny bit later, we see Emily and the guys on her group date at the park. There are random kids involved and this is when Mike discovers that Emily is a single mom and these guys are being evaluated as future dad material. Plus, there are 4 of Emily’s “real life” friends there to grill the guys, make them do push ups, take off their shirts, etc…

“Aw, man,” says Mike Geraci. “These guys are nothing but pieces of meat to these women.” He pauses. Realizes the absurdity of his statement (hello! you are watching The Bachelorette!) and stops to “watch.”

And then comes the moment when Mike Geraci is “hooked.”

We see a close up of one of the competing bachelors, Alejandro, with his “bio” printed at the bottom of the screen. Alejandro is a mushroom farmer. From Columbia, who lives in California.

“What? Someone has to grow mushrooms,” I say.

He shakes his head and sits down because now he’s noticed that another guy is named Jef (yes, with one f) and that he has poufy hair and lists his occupation as an entrepreneur.

“You know that’s code for unemployed, right?”  Mike Geraci is now sitting firmly on the couch.

“No, I really think this guy owns his own company. It has something to do with water, I think.”

Another head shake.  Then he spots Emily again and snickers. “Do you really think anyone who looks like her needs to go on a reality dating tv show to find a guy?”

Me, trying hold in my glee because now he’s getting it, “Exactly! That’s the point. It’s all so ridiculous.” And occasionally romantic, but I don’t say this because I don’t want to lose Mike Geraci back to the sun room and his Lee Child novel.

Now he begins mocking all the bachelor’s occupations and this is when I know he’s semi-hooked because men love to form a hierarchy based on what other men do for a living. Why they do this, I’m not sure, but it’s true.

The night’s crowning glory was when Alessandro (not to be confused with Alejandro of the mushrooms) confessed to Emily that to marry her would be a “compromise” because she already has a child. Emily of course, did not take this well. The more Alessandro spoke the more his foot found its way into his mouth and the more Mike Geraci and I laughed because Alessandro was so toast at this point. Plus, his occupation was listed as a “grain merchant” which was the cherry on top of the sundae.

Hopefully, next week’s episode will prove as ridiculous as this week’s because I think I found the path to luring Mike Geraci into watching with me. The couple that mocks together, watches together. We’ll see.